On the heels of the recent retirement of Joan Kagan, Square One has named Dawn Forbes DiStefano its new president and chief executive officer. 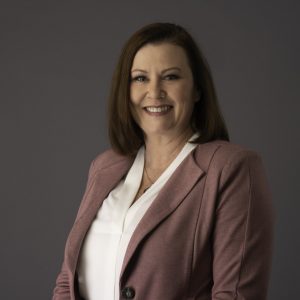 The announcement follows an extensive national search lead by the agency’s board of directors, staff and members of the community.

Following a 25-year career with the YWCA of Western Massachusetts, DiStefano joined the Square One team in January 2016 to lead the agency’s grant research, grant writing, and program-compliance efforts. She was quickly promoted to chief finance and grants officer, where she added oversight of the agency’s financial team to her list of responsibilities. In 2019, she was promoted to executive vice president where she took on oversight of the agency’s early-education and care programs and family-support services, and management of operations, including transportation, food service, and IT.

“We received nearly applications and interviewed impressive candidates from across the country for this position,” says Peter Testori, board chair. “Not surprisingly, Dawn rose to the top of the list. Her breadth and depth of experience in the non-profit sector, her outstanding reputation throughout the Commonwealth, and her extensive knowledge of Square One’s programs, services, and staff make her the ideal person to continue to build on the success of Joan Kagan’s leadership.”

“Just as we pride ourselves on developing the leaders of tomorrow through our own programs and services, I am privileged to have experienced the leadership of Joan Kagan,” says DiStefano.  “It is an honor for me to continue to navigate the path that Joan and those before her have paved.

Kagan, who led the agency for 17 years, announced her retirement plans last summer. She continues to serve as an advisor to the leadership team during the transition.

“There is no one better suited for this role than Dawn,” says Kagan. “Square One has an amazing history of responding to the changing needs of our community through our programs, services and partnerships. I have every confidence that Dawn’s great determination, passion for serving children and families, and the tremendous respect that she has earned will allow her to continue that legacy.”

DiStefano serves on the boards of directors for the Massachusetts Council on Gaming Health, Dress for Success Western Massachusetts, Springfield Regional Chamber, Baystate Community Benefits Advisory Committee, and Businesses to End Human Trafficking. She also serves as a Commissioner on the Hampden County Commission on the Status of Women and Girls.

She received her Bachelor of Arts degree from the University of Massachusetts Amherst and her master’s degree in public administration and nonprofit management from Westfield State University. She resides in West Springfield, Massachusetts with her husband and two children.